How to buy sushi-grade fish, how to prepare it, and where to eat it 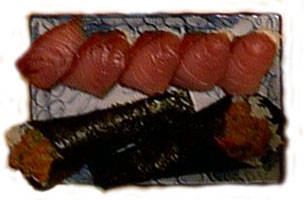 In response to many inquiries, we have added this page to provide more detail on our sushi-making (and eating--skip straight to restaurant reviews if you wish). Go back to our sushi-making photo gallery, or read on for more information. Hope this page helps you embark on many sushi-adventures of your own!