hm. . . what have we been up to lately? Here's the abbreviated version: 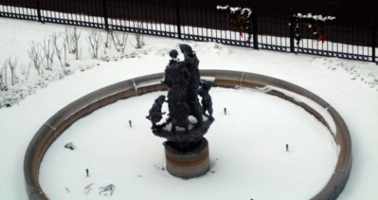 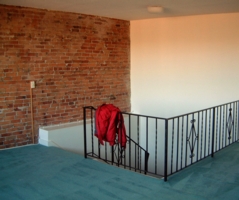 Boston in early December 2000 to find an apartment. Here it is, empty and clean and ready for us, and here's the square below us!

to LA for a mid-December sushi extravaganza with lots of finance friends and a joint international appearance by (drumroll) Martin 2 and Junko.

--while in New York en route to Boston, along with Christy Wheeler, caught the social event of the month: Shira and John's wedding. 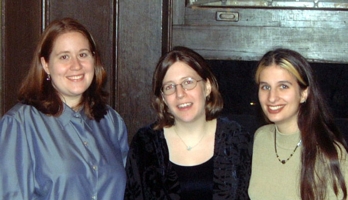 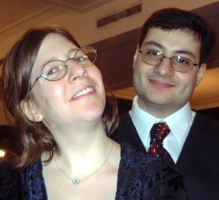 --drove to Boston and moved in with just a carload of stuff, camping out in our new South End place. Here're two views from our balcony. 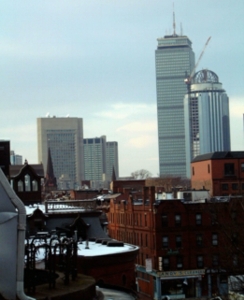 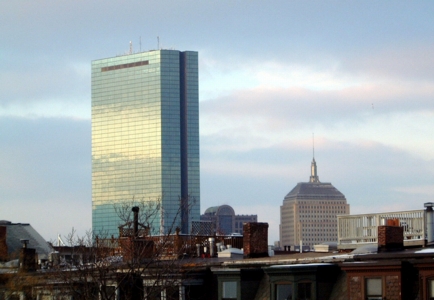 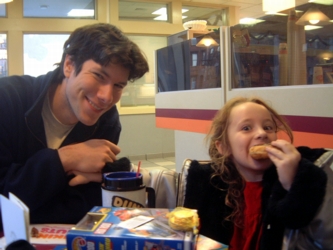 days with Christine and Aurora (the donut-monster) before Christmas when they visited Boston. 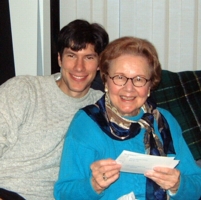 --wrote numerous letters of complaint to our movers (All-American Moving and Storage). Really really abbreviated version: don't use them. They took six weeks to get our stuff to Boston after they'd guaranteed us two weeks, damaged most of our stuff (samples below), were mean to us and shouted at us, and charged us way too much. In the future, I recommend checking out each one of a company's phone numbers with the Better Business Bureau, since in All-American's case, their different phone numbers corresponded to three different moving companies--all with very shady histories according to the BBB. Still, eventually we got all of our stuff except for one box, a step-stool, and a kitchen chair. 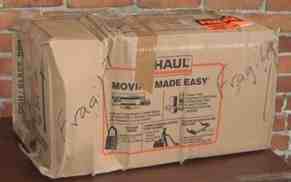 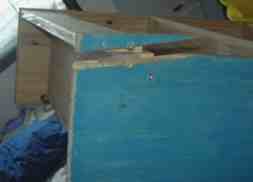 --hung out with various new and old Boston friends. Here's George, while watching SciFi at Slava's house, and our living room and balcony, after the movers finally arrived and George helped us deal with them. 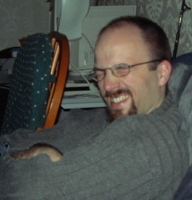 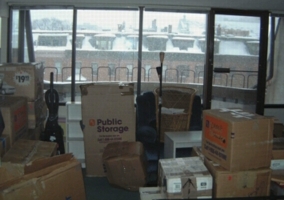