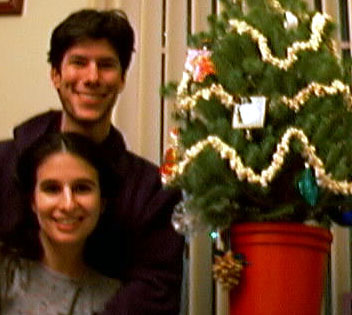 Living out in Los Angeles as we do, it's hard to get to see our families too often. So this year, we had three Christmas celebrations, and thoroughly enjoyed all of them. We were in New York for New Year's as well, and then in Steamboat Springs, Colorado, to see Mom and Bill and niece Aurora, just after the new year. We had a great vacation and good visits with all--though, after such a whirlwind tour of families and states, we have to admit it's nice being back home again.

After a hard push on Robert's part to get his first finance paper drafted and on Christina's part to get the Heritage Christmas Catalogue produced, and in the face of Westwood's disturbing use of Christmas lights in palm trees, we got a little ahead of ourselves with Christmas. We bought a live Christmas tree in a pot at Home Depot and kept it on our balcony until we decorated it for Christmas; the plan is to keep it alive on our balcony for future Christmases, but at the moment it is looking a little brown. . . we'll see. We (that is, Christina) made popcorn garlands, and then we both decorated the tree on 12/12/99, Sunday. The next day was the Heritage Christmas party at Spago; here's Robert before we went out that evening. We exchanged almost all our Christmas presents before the 20th of December; here is Christina opening her longed-for Handspring Visor Deluxe (better and cheaper than the current generation of Palm Pilots, yet fully compatible!). 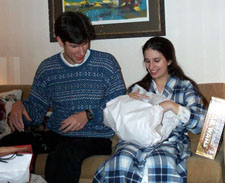 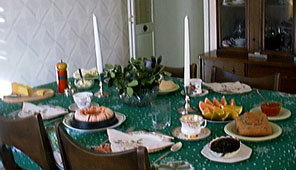 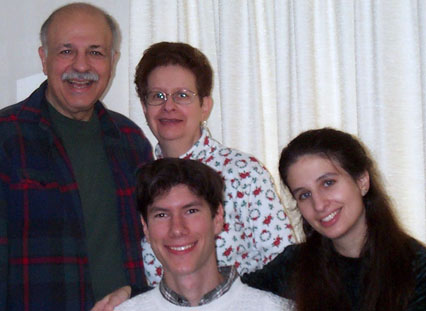 We flew into New York on Christmas Eve, and had dinner and went to church with the cousins and aunts in New Jersey. Then it was back to College Point to open presents with Mom and Dad. Pictured are Christina and Robert with a very exciting Star Wars Trivial Pursuit game, as they unwrap a set of pretty blown-glass blue flowers to decorate their apartment. The next morning was a lovely Christmas breakfast, with shrimp and cheeses and crackers and homemade bread and jams.

Christmas in Boston:
Then, Christmas morning, it was off to Boston. We had Christmas dinner at Grandma Helena's new apartment in Lynn, with Richard and Ada, and the next day had another holiday meal at Richard's Allston house. 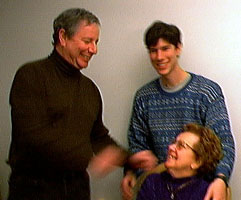 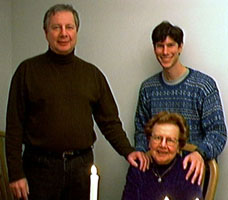 On a side note, don't even ask how many birthday celebrations Robert had this year. . . .